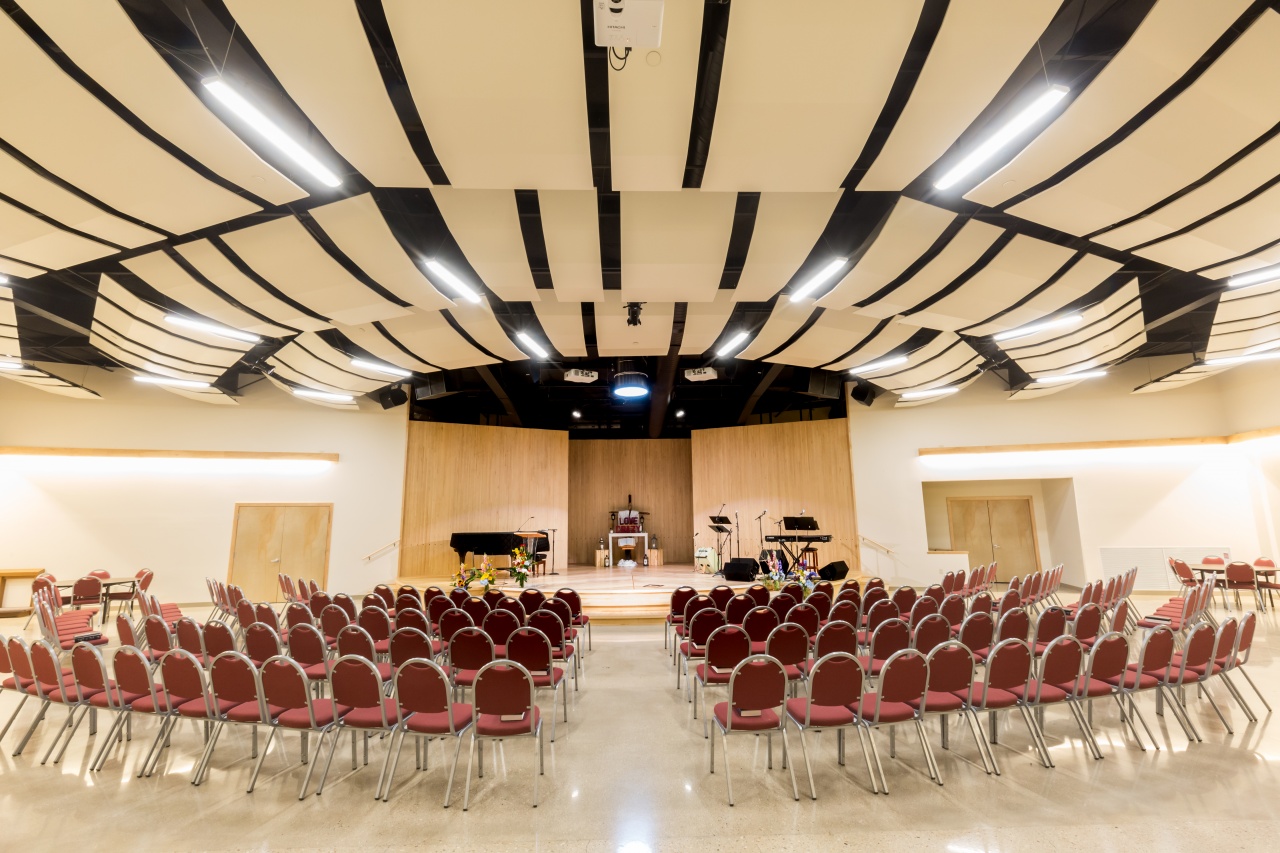 Verona, Wisconsin’s newest church now ministers from what was once a neglected bowling alley.

In Sugar River United Methodist’s first four years, worship attendance and financial giving both grew by double-digits. The church was founded by members of a Methodist church in Madison who lived in the metropolitan suburb.

Having moved to Verona’s former library building after outgrowing the banquet hall they first held services in, the church once again needed new space. But they knew they couldn’t afford to build the square footage needed to carry out their ministries.

Founding Pastor Gary Holmes and a member committee turned to NCI-Roberts Construction right away, knowing first-hand the quality of their work and depth of their experience.

Selecting a bowling alley for renovation

The firm helped with initial planning and design, working with Sugar River to identify their needs and goals. First and foremost, the church wanted to create a large fellowship space and open sanctuary to promote an interactive, welcoming experience that would attract people who were new to church going. They also needed to find space compatible with phased construction that would lower costs and allow them to eliminate lease payments on their current space as soon as possible.

NCI-Roberts drafted plans and budgets for several sites, including Verona’s former Wildcat Lanes. The bowling alley had been for sale for four years and was conveniently located just west of the fast-growing suburb’s downtown.

After NCI-Roberts made minor improvements, Sugar River was able to hold services in the existing second floor while construction continued.

A master plan for a complete renovation was developed and split into phases to fit the church’s budget.

Concrete and steel structures had to be modified in phase one, and demolition proved challenging, especially removal of the heavy, solid wood bowling lanes and a large amount of concrete.

Features of phase one and two include:

The church held an open house to celebrate the completion of phase two, which was well-attended and covered by local media. The pastor said that an increase in visitors and other factors point to continued growth for the congregation.

"Sugar River’s reuse of a former secular space exemplifies a recent trend among churches that are looking to become more contemporary to appeal to more people."

"The renovation process was exciting because it allowed us to turn a high-profile, vacant eyesore into something positive for the community."