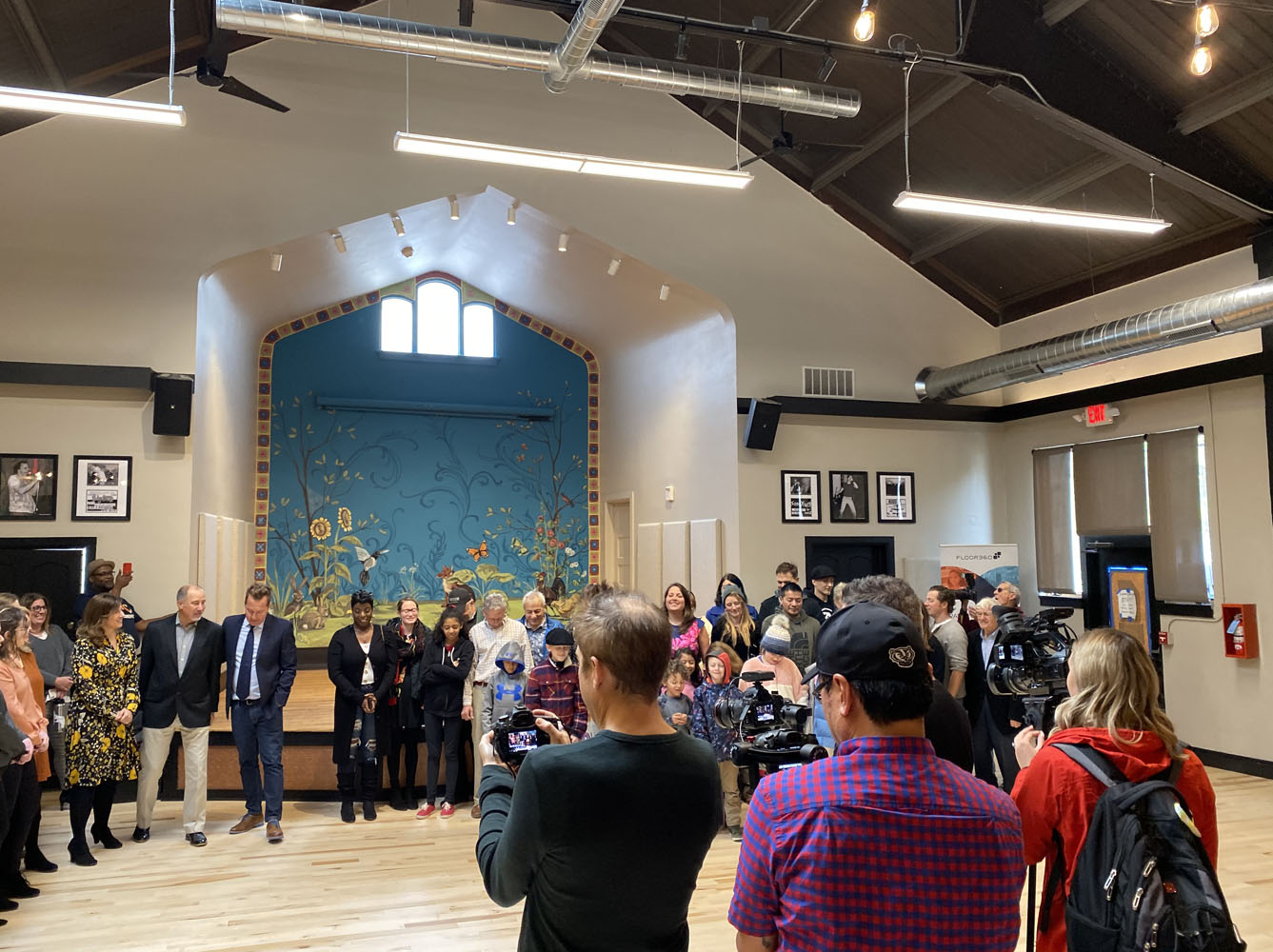 Established in 1968, the Wil-Mar Neighborhood Center had grown to serve up to 800 people a week. Its facility at the corner of Jenifer and South Brearly Streets on the near east side of Madison, Wisconsin, hosted more than 1,000 events each year, wearing out the building over time and challenging the logistics of scheduling needed updates.

In 2017, the center launched a capital campaign and engaged NCI-Roberts Construction to define the scope of a renovation. The primary goal was to address structural concerns and failing finishes while still preserving the charm and memories the building holds for many.

In the middle of preconstruction, the Wil-Mar Neighborhood Center was named the 2019 recipient of the Design for a Difference Madison makeover, led by local supplier FLOOR360.

NCI-Roberts Construction joined the “army” of local businesses and interior designers supporting the Design for a Difference movement, donating the remaining portion of its pre-construction services and significantly accelerating the process. The firm also committed to providing project management support throughout, and two carpenters for a portion of the two week move-out period of the Design for a Difference renovation, to help interior designers complete the project.

While supporting Design for a Difference planning, NCI-Roberts began construction. In the first floor main Yahara room, a landing leading to the stage was transformed into a janitor room, and a suspended ceiling was removed to expose the original vaulted ceiling. In the adjacent kitchen, a vestibule was removed and a roll-up counter door was relocated for more efficient service, and new cabinetry and shelving were installed.

Outside, the roof, wood soffits and siding were replaced, stucco and flashings were repaired, and grading was addressed to prevent future water damage.

Then came the Design for a Difference Madison effort. A team of 50 local interior designers, 200 volunteers and many businesses rejuvenated the interior space with new paint, décor, storage solutions, furniture, art and flooring.

The renovated facility allows for increased and enhanced programming at the center and in the community, including the five festivals it organizes. Sound construction and unmatched style ensure a “place for everyone” at the Wil-Mar Neighborhood Center for years to come.

"It’s an honor to be part of a project with such a phenomenal volunteer piece – it really accelerated the building transformation and deepened its impact on the community. "